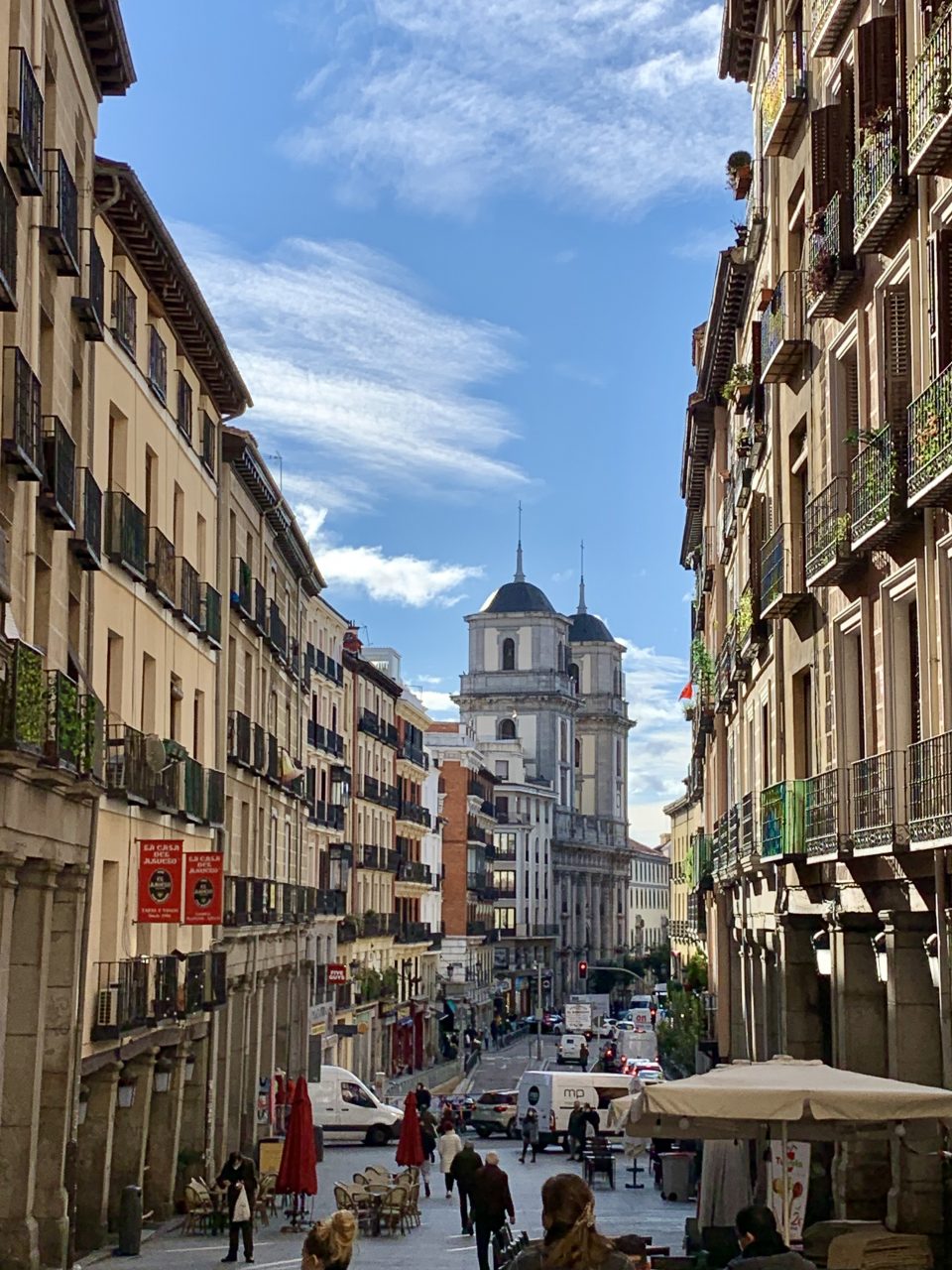 This trip was not like most of my other trips. It was not as meticulously planned as usual. The main reason for this was that it was the first time I was visiting a new place where I had friends living. I figured I would leave myself open to them showing me “their” Madrid. This trip was also last minute. The only things I had booked were my train ticket and my hotel. So how did winging my first trip to a new place go for me? Let’s find out!

How to get there

Getting to Madrid from Barcelona is a breeze, whether you are flying or going by train. Airline tickets generally run on average about €100 or less roundtrip. Likewise, the train tickets are relatively inexpensive, ranging from as low as €10 up to €100. In the past year or so, Barcelona introduced a new speed train, Ouigo, that goes from Barcelona to Zaragoza to Madrid. If you look carefully, and on off-peak times, you are likely to find tickets super cheap. I went after Christmas and before school started. This is considered peak time. I paid about €80 roundtrip.

I think that the Ouigo train is actually more comfortable than flying; as the seats are much bigger. There’s also a snack bar on board where you can get sandwiches, chips, coffee, beer and something sweet for your journey. There is ample space for luggage, which is not weighed, so if you can lift it, you can carry it. For someone who is not a light packer, this is the best deal ever!

There are quite a few options of places to stay in Madrid. There’s a wide variety of Airbnb as well as hostels and moderately to high priced hotels. I knew I wanted to stay in the center of the city so I could walk around easily without having to depend on public transportation. After some basic research, I was able to find a cute hotel on Booking.com for just about the same or less than an Airbnb at €133 for two nights.

I stayed at the Hotel Cortezo, which was super easy to get to from the train station. I took one metro to the stop closest to the hotel and walked about five minutes. Passing a few supermarkets on the way, I was able to stop and get some necessities like water and snacks.

The hotel was very cutely decorated. The rooms were basic, but had everything you needed; two twin beds, a decent sized bathroom and enough space for you and your luggage…if you know about most European hotels then you know what I mean!

As previously noted, this trip was not fully planned out. I arrived in the evening and met up with my first Madrileño friend, who took me to our first stop… for vino y tapas at Mercado San Miguel. The ambiance in this place is everything. They have tons of places to get different types of tapas as well as different wines. Beware, it may take a while to find a seat but it’s well worth it.

After the deliciousness that was at the market, I was taken on an unofficial night tour of the city center. Apart from Christmas lights that were still up, Madrid lights up beautifully at night. I saw some of the major sites such as Plaza Mayor, Puerta del Sol, Plaza de España, Palacio Real… Everything was within walking distance, and although it was freezing cold, the beauty that is Madrid made it all worth it.

On day two of my trip, I booked a free walking tour with Guru Walk. This was my first time doing a free walking tour and after doing this one, I will always look for one wherever I go. The tour guide was knowledgeable and personable. It felt like a friend taking me on a tour. The walk took me to a few places I had seen the night before, but now seeing them in the day, as well as to other sites I had not seen. I did not expect Madrid’s city to be so hilly, but it’s quite a trek in some parts, so bring your walking shoes.

After the tour which was about two hours long. I stopped for lunch… Now, don’t judge me, but I had to stop at Popeye’s Chicken. Living away from the U.S. and missing certain foods will do this to you. We don’t have a Popeye’s or any good fried chicken in Barcelona, so this was a treat for me. I spent the rest of the day with my friend again walking and taking in the sites. We then ended up at the rooftop of the RIU hotel. This is the highest rooftop in Madrid, so you can imagine the view from up there. There are fabulous cocktails and tapas along with the view.

Later that night, I met up with friend number two, who is not a Madrileña by birth (she’s Russian) but has lived in Madrid for so many years and has fallen in love with all things Madrid, so she considers herself a Madrileña. So who better to take you out on the town for the night than someone that is totally in love with the city?

We met at a quaint wine bar in her favorite plaza, Plaza de Santa Ana. From there we hopped from bar to bar. Prancing in, getting a table, having a few drinks and out again. This is different compared to Barcelona, where I always find myself waiting in a line to get into a popular bar. Fun fact, Madrid is known for the city with the most bars, so to say I had quite a night was an understatement. With each neighborhood or bar, my friend had a story and they all led back to why she loves Madrid so much. This is the kind of tour that will in turn make you fall in love with a city, which I most certainly did! Did I mention how cute and unique each bar is…

The rest of Madrid

I’m sure you have noticed that I have not mentioned any of the parks or museums that Madrid is famously known for. I didn’t forget them. My plan was to visit the rest on my last day before catching the train back to Barcelona. However, the night I had with my friend and the bars, canceled that plan for me the next morning. I even almost missed my check out time. All this means is that I will have to return to see all the things I did not see on this trip, which I do not mind, as I did fall in love with Madrid.

Have you been to Madrid? Did you fall in love like I did? Tell me about your experiences and where I should go on my next trip back there!

If you would like to see more from me, subscribe, and stay in touch by checking out my other social media platforms.

This post contains affiliate link(s). An affiliate link means I may earn advertising/referral fees if you make a purchase through my links, without any extra cost to you. It helps to keep this blog afloat. Thank you, as always, for your support.

Welcome to my personal blog featuring my life as an expat in Spain, teaching English as a second language, budget traveling and my keto lifestyle. This blog will help you find yourself and what you love, no matter your age.